It all started 48 years ago when a small group of determined parents joined forces to form an organization by the name of MDI Helpers, Inc. Their mission would change the lives of the community’s most forgotten citizens – individuals with developmental disabilities.

The core group of organizers didn’t like what they saw when they looked at their children’s future – isolation, separation, and idleness. So, they decided to change that outlook for their kids and others who were getting left out and left behind when they reached adulthood.

The results of their efforts became MDI Helpers, which trained adults with developmental disabilities in useful woodworking skills. Later, the organization was known as the Sheltered Workshop and eventually grew into the agency known as Downeast Horizons. They had a factory and showroom, as well as a few residences where clients could live and lead relatively independent lives.

As successful as the workshop was in providing meaningful employment, it was not the group’s ultimate goal. In fact, their mission was to make “sheltered” places like the woodworking facility obsolete once the private sector learned what enthusiastic workers and good neighbors the developmentally disabled could be. This is exactly what has happened. While the residential and educational programs of DEHI are still active, the people the workshop once employed are now working in local restaurants, retail stores, and other businesses. They have been absorbed into community life and have realized the vision of those who dared to dream…a determined group of parents who built a solid foundation for Downeast Horizons’ future. 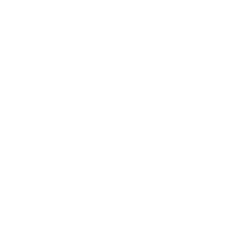 All agency-sponsored activities are paid for by Downeast Horizons.